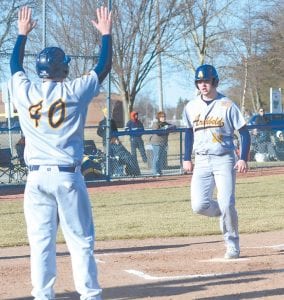 Archbold scored four runs in the third inning on its way to a 9-1 non-league win over Edgerton, Monday, March 25, at Memorial Park, in the Blue Streaks’ season opener.

Archbold led 6-0 after four innings and 8-0 after five. The Bulldogs (0-3) scored their only run in the top of the sixth.

The Streaks scored one more run in the bottom of the sixth.

Rigo Ramos was the winning pitcher. In three innings he allowed no runs on no hits, struck out six, and walked one.

AHS had 10 hits. Kade Kern had a triple, double, and three runs batted in.

Holden Galvan hit a triple, single, and had two RBIs. Mitch Grosjean had a double with an RBI.

Edgerton had three hits in the contest. 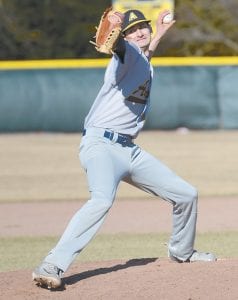 Rigo Ramos was the winning pitcher in Archbold’s season opener against Edgerton.– photo by Mario Gomez