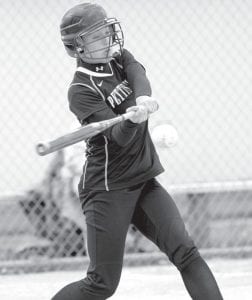 The Birds hosted Stryker, Tuesday, May 1, and defeated the Panthers 9-4 to clinch at least a share of the league title.

PHS traveled to Fayette, Thursday, May 3, and won the BBC title with a 20-0 shutout.

PHS ended the BBC season with a 9-1 record.

The score was tied at 2 after one inning, but the Birds scored three runs in the second and two in the fourth for a 7-2 lead. They extended it to 9-2 with two runs in the sixth.

Delaney Nofziger was the winning pitcher. In seven innings she allowed four runs on five hits, struck out four, and walked one.

Ashlyn Bontrager led PHS at the plate with a three-run home run and a single. Kate Nofziger hit a double; Lauren Frey, three singles and a double; Taylor D’Alelio, a triple; and Audra Klopfenstein, two singles. 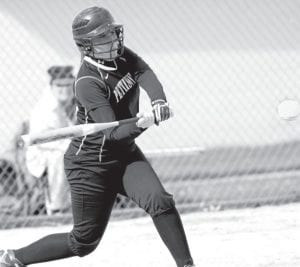 PHS led 8-0 after one and 14-0 after three before scoring five runs in the fifth.

D. Nofziger was on the mound for PHS. In five innings she allowed no runs on two hits, struck out six, and walked none.

Mikayla Smith was the losing pitcher. In three innings she allowed 14 runs on 11 hits, struck out two, and walked four.

Leading Pettisville at the plate was Klopfenstein with a triple and a single. Bontrager hit a double and a single; Adi Bruner, two singles; Frey, three singles; K. Nofziger, double, single; and Lexie King, single.

Pettisville (16-5) defeated Hilltop 5-2 for a Division IV sectional title, Monday, May 7, at Stryker.

The Cadets took a 2-0 lead in the first inning, but that was all the scoring they would manage.

PHS tied the score in the third and scored three runs in the fifth for the victory.

D. Nofziger was the winning pitcher. In seven innings she allowed two runs on seven hits, struck out three, and walked one.

Bontrager led PHS at the plate with three singles. K. Nofziger had a single and a double.

King, Frey, Emily Hubby, and Taylor Kruse each had singles.

The Birds play the winner of the Antwerp-Edon sectional final in a district semifinal, Tuesday, May 15, 5 p.m., at Bryan.