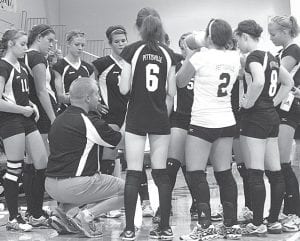 Pettisville served 12 aces, including three each by Tessa Yoder and Kylee Garcia. Lauren Bontrager served two, while Chelsea Schmucker, Mackenzie Nofziger, Stephanie Yoder, and Stacey King each had one.

Schmucker had 10 kills in Pettisville’s non-league matchup with the Panthers. S. Yoder had eight and three solo blocks.

PHS was 51/54 in serving with only two aces, one each by Bontrager and King. The team had 37 digs, led by Bontrager with 10.