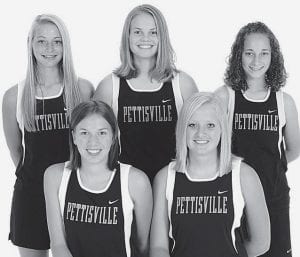 The boys and girls Pettisville cross country teams are off to great starts, with both teams winning a tri-meet at Evergreen, Tuesday, Aug. 26.

The Pettisville girls won with 27 points. Evergreen had 40 and Archbold, 62.

In cross country, the team score is the total of the places of each team’s top five runners. The lowest score wins.

Tanner Hostetler, freshman, won in 20 minutes, 44 seconds on a hot day with strong winds. Teammate Brady Avina was second in 23:34. Rachel Beck was the third Bird into the chute in 24:51, for fifth.

In the boys race, the Blackbirds scored an impressive 21 points to win. Archbold scored 40 and Evergreen, 61.

Pettisville again had the top two finishers. Austin Borton raced to a 17:49 finish to take first. Lincoln Frey crossed the line at 18:36 for second. 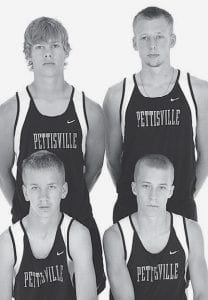 Brandon Hamilton was fourth in 18:51, and Chris Matthews was sixth in 20:15. Aaron Bruner rounded out Pettisville scoring; he was eighth in 20:24.