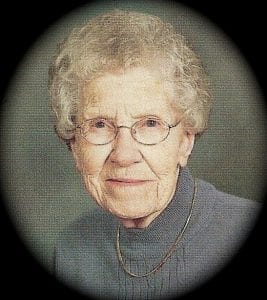 Betty was born in Anderson, Ind., on March 7, 1924, the daughter of George and Helen (Weighous) Goss.

She was a member of the Archbold United Methodist Church. Betty enjoyed spending time with her grandchildren and great-grandchildren.

She was preceded in death by great-granddaughter, Grace Wagner and brother, K.W. “Bill” Goss.

The family requests that memorial contributions be given to Archbold United Methodist Church. Online condolences may be offered to the family at www.grisierfh.com.