Before, During Sidewalk Project 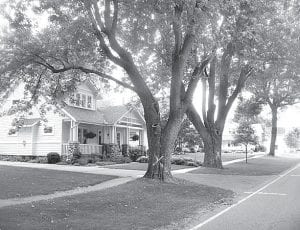 This home on Main Street in Pettisville looks different after two large trees in front of the house were taken down to make way for the Safe Routes To School sidewalk project. Top: How the home appeared on Tuesday, June 10, the first day trees in the unincorporated community started coming down. Below: The same house, photographed Thursday, July 10, after the large trees were taken down. Note the sidewalk was not finished on that day.– photos by David Pugh 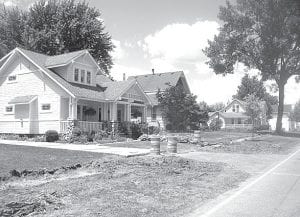