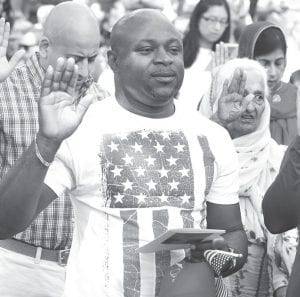 Above: Julius Oluyomi Omonayin, formerly of Nigeria, repeats the Oath of Allegiance, the last step in becoming a citizen of the United States, during the Naturalization Ceremony at Sauder Village on the Fourth of July. More than 80 people became citizens that day. Below: Rosy Coronado, a PHS graduate and a naturalized citizen from Bolivia, was the guest speaker. She came to the U.S. as a child.– photos by David Pugh 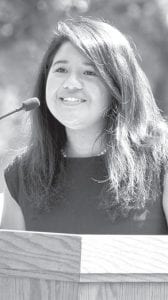