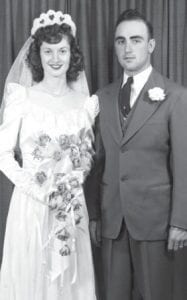 They are the parents of two children, Larry Beck, New Zealand, and Linda (Larry) Funk, Wauseon. They have two grandchildren.

The couple will celebrate their anniversary during the 9:15 a.m. worship service, Sunday, June 3, at the Archbold United Methodist Church.