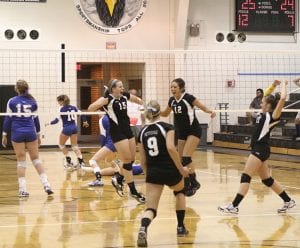 The Blackbirds celebrate after winning the BBC title.–photos by Mary Huber

It’s the first time since 2002 that PHS has won the league volleyball title.

The Blackbirds defeated the Blue Bombers in five games the first time they met this season at Edon. The second time around it took only three games, but just as in the first match, the Blackbirds won in thrilling fashion. 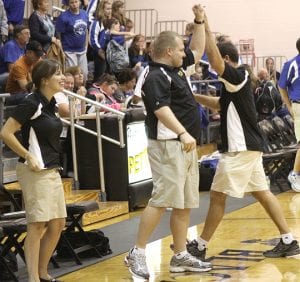