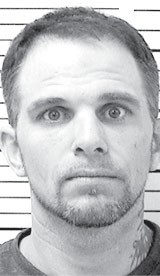 Ball, who was wanted on a warrant from Defiance County, and another man were arrested outside the Archbold Circle K store the night of April 3.

Police received an anonymous tip Ball would be at the convenience store. When police searched the car the men were driving, they discovered a handgun and other weapons.

Originally charged by Archbold police with resisting arrest and assault, the Fulton County Grand Jury indicted him on a single count of assault on April 17.

Jeffrey Robinson, Fulton County Common Pleas Court judge, granted Ball credit for time he has already served at the regional jail since he was booked into the facility on April 4.

Ball was also placed on three years community control and ordered to pay the cost of his prosecution.

Failure to abide by the conditions of his sentence could result in a 12-month prison sentence.