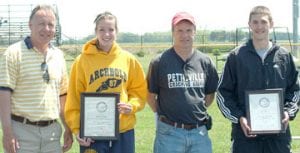 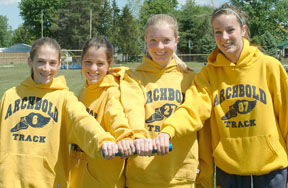 The girls team won seven events and captured the district title with 103.5 points. PH was second with 76.5.

The boys team won three events and totalled 87.5 points for the title. Tinora was second with 71.5.

Autumn Lantz captured the 100, 200, and was on the winning 4×100 team with Ashlie Horst, Katherine Moody, and Rahel Frei.

Katrina Gobrogge won the 800 and was on the winning 4×800 team with Trisha King, Nikki Rupp, and Laura Bowman. 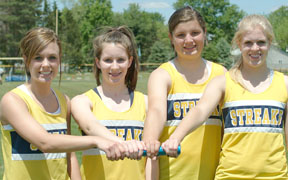 The top four finishers in each event advance to the regional at Tiffin. Also advancing to next week’s regional on the girls team and their finishes at district:

Also advancing to the regional: 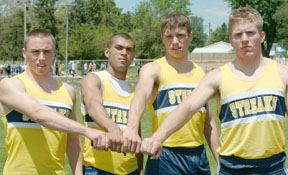 Haley Nofziger won the long jump and was second in the 300 hurdles.