“Archbold, The Village That Could” A Staging Of Archbold History 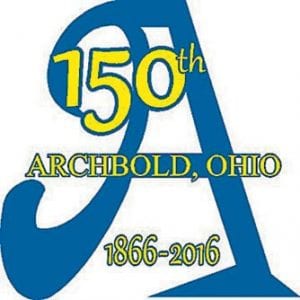 “Archbold, The Village That Could,” isn’t like other plays you’ve seen.

The show will be presented by the Archbold Community Theatre during the Sesquicentennial Celebration, July 13-17.

“Actually, it is a staging of Archbold’s history.

“Other sources include county and township records, conversations with Archbold citizens, archival materials from Bowling Green State University, bits of records, letters, and stories given to me by individuals– and my own memory.”

She said the show “differs from a play, because it is a compilation made up of historical documents or interviews. There is no plot.”

When Schleunes says she relied on her own memory, she isn’t kidding. She spent much of her childhood in the village that could. 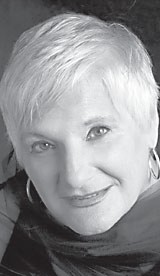 “I grew up in Archbold on South Defiance Street, and attended school through the fifth grade in the old turreted building which was torn down years ago,” she said.

“I graduated from the school building that faces Stryker Street (the current middle school, the former high school).

“I left Archbold for college in 1957 and only returned for three-day visits to my parents, who are now deceased.

“However, I have lots of cousins, and hundreds of second cousins, in the Archbold area.

“In fact, I may be related to half the population of the community.”

“I had a wonderful time both researching and writing,” she said.

She was in the village in May 2015 to do research.

“I had the opportunity to have lengthy conversations with people that I hadn’t seen for many years,” she said.

She also had the chance “to meet people that I knew of, but never had the opportunity to talk to. That was gratifying,” she said.

“Writing was a lot of fun.

“I have worked for over 30 years with Southern subjects– literature and history– and sometimes, when writing some dialogue for the Archbold piece, I would catch myself and say ‘Oh, that’s Southern talk, not Northwest Ohio talk.’

“Then I would ask, ‘How would that be said in Archbold’ and I would think of my father and his friends or my cousins and uncles and aunts, and how they would express a particular idea.

“Sometimes, I would sneak a relative into a scene.

“In fact, the two older gentlemen who have conversations on various subjects throughout the piece are based on my grandfather and his brother when they were in their 80s.”

A press release from ACT said Joel Kirkwood, Grand Rapids, and Jeff Patterson, Archbold, play the roles of the two brothers, Fred and Alf, who are described as “providing colorful commentary throughout our history.”

“I learned a lot about the history of the area that I didn’t know,” Schleunes said.

One thing she tried to do was “introduce subjects or information that might not be well-known in the community such as information about mayor Ruihley.

“Or that in the early days, people drank ‘Archbold beer.’

“Or that it took more than two years until the powers that be decided to put a bed and a blanket in the jail. Prior to that, the prisoners had to lie on the dirt floor.”

“Or that there was a resident who owned a steam merry-go-round.”

She said it’s little details like those “…that would make the production more interesting.”

The ACT release states the play “begins where it should, in the Great Black Swamp, where our story teller, Lizzy Sands, Ridgeville Corners, brings to life the time predating the village of Archbold.

“She leads us through its history of challenges, disasters, and celebrations with stories of many of our founding fathers and prominent citizens who helped to guide us and shape Archbold into the village it has become today.”

Because the production deals with a large block of time and many different people, each cast member plays several different roles.

“While undoubtedly our history was filled with women playing a strong and vital role in our development, it was the men who held roles as public leaders and prominent officials until the last few decades,” the release said.

“Therefore, you could say the men in the show have much larger roles.

“Karen Adkins, Defiance; Jennifer Grime, Stryker; Donna Kinsman, Archbold; and Crissi Stuckey, Stryker, play the multiple female roles who help to bring out the strength, depth, and humanity that citizens and neighbors have needed to persevere throughout the years.

Schleunes said there are 20 original songs– traditional and original– in the show.

The ACT release states Pearl Borton, Napoleon, and Norm and Ann Feather, Archbold, lend their voices to the cast.

The songs are used “to reflect the time period or heighten the emotion or to provide background to a particular scene,” she said.

Schleunes has an extensive background in theatre. She is a playwright and director, and is the founder and producing artistic director of the Touring Theater of North Carolina, which is in its 35th year.

She has written 45 original productions. In addition to more than half of North Carolina’s 100 counties, her work has been performed in 16 states and the District of Columbia.

She holds a bachelor’s degree, plus a master’s degree in communication studies with a concentration in performance studies.

Schleunes noted that as she researched “Archbold, The Village That Could,” she found that this newspaper’s “Golden Notes of Archbold’s Memorable Past” “was a great source of historical information.”

She will return to Archbold for the last four rehearsals prior to opening night.

“Honestly, I can’t wait to see what they (Archbold Community Theatre) have done with my script,” Schleunes said.