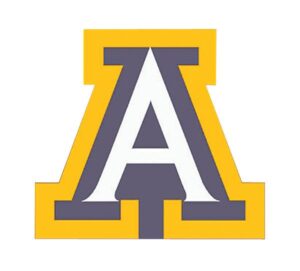 Substitute teachers will get an 11% pay hike if they work in the Archbold School District during the 2021-22 school year.

The Archbold school board approved raising substitute teacher pay from $90 to $100 per day at its Monday, Aug. 16 meeting.

In his report to the board, Jayson Selgo, superintendent, said upon review of the substitute teacher compensation, “We were at the lower end within the four-county area.

“To correct this and better align with other districts in the area, Chris (Ziegler, district treasurer) and I recommend an increase in the teacher sub rate to $100 per day.”

The board also voted to allow school officials to seek bids to update the heating, ventilation, and air conditioning (HVAC) systems within district buildings.

Selgo said the work would be funded through the stateadministered federal ESSER, or Elementary and Secondary School Emergency Relief Fund grant program.

He said one priority of the ESSER grant is the inspection, testing, maintenance, repair, replacement and upgrade project that improves indoor air quality in school facilities.

However, Selgo said 20% of those funds, a total of about $263,000, must be allocated to programs to help students “catch up” if they have fallen behind.

As examples of projects school officials are considering, Selgo said the district is considering the replacement of “modules,” or electronic connections between computers and the HVAC units.

Another project is the addition of air conditioning to the high school gym. He pointed out the gym is one of the most used public spaces with the least amount of air circulation in the building.

Also, two rooftop HVAC units are coming up on the end of their service lives, and need to be replaced.

There is also a proposal to add a separate HVAC system for the high school media center.

Currently, the media center is cooled by units that cover a large area of the building.

In her report, Ziegler said the district recently received a review of the 2017-18 school lunchroom program.

At that time, she said procurement procedures were a big issue.

District policies were updated to reflect procurement issues. But she said her office did not follow through on implementing those policies with the lunchroom staff.

She said the district received a recommendation that a child nutrition program procurement plan be adopted.

The board approved the plan as part of the consensus agenda.

Roel Galvan, board member, asked why the district did not employ a staggered start for the school year.

Selgo said school officials decided not to because there is no immediate safety threat.

In other actions, the board approved bus routes for the 2021-22 school year and accepted a $2,000 donation from the Archbold Area Foundation for the district technology department.

The board also approved the paraprofessional substitute list and the substitute teacher list provided by the Northwest Ohio Educational Service Center.

Due to scheduling conflicts, the board approved changing the dates for its September and October meetings to Monday, Sept. 27, and Monday, Oct. 25. Both meetings start at 5 pm in the AHS media center.–David Pugh