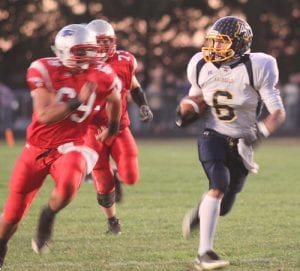 Desmond Sleigh scores the first of his four touchdowns on the night at PHHS.–photo by Mary Huber