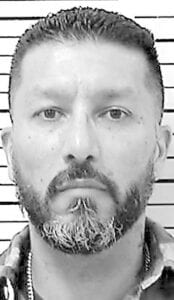 The gross sexual imposition charge resulted from an incident involving a 13-yearold girl.

A Henry County Grand Jury handed down a sixcount indictment against Delgado, which was filed with the Clerk of Courts office on Sept. 23, 2020.

As part of a negotiated plea, Delgado entered guilty pleas to one count of rape and the gross sexual imposition charge. The other charges were dismissed.

Delgado was sentenced to 10 years in prison on the rape charge and five years on the gross sexual imposition charge.

The two prison terms were ordered to be served consecutively, for a total prison term of 15 years.

Tier III offenders are required to register their addresses with their local sheriff every 90 days for the rest of their lives.

As of Tuesday morning, Delgado was being held at the Corrections Center of Northwest Ohio, awaiting transport to the Ohio Department of Rehabilitation and Corrections Correctional Reception Center at Orient.

Once at Orient, ODRC officials determine at which institution the offender will serve their sentence.