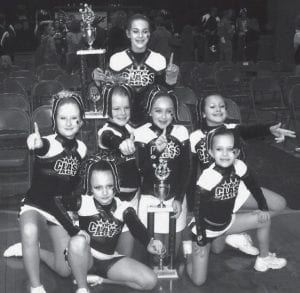 They, and several other local girls, are members of the Class Act All-Stars Competitive Cheer Team. Team members competed Feb. 23 at Genoa High School’s “Cheer For A Cure,” event, and the following day at the Universal Cheerleading Association’s Motown Regional Championship in Birch Run, Mich.

Blankenship was second at Genoa, and first at Birch Run in the individual competition in the youth class.

Brader and Nichole Musser, Bryan, were first at both events in youth duet competition.

Other Archbold girls in the February events were: