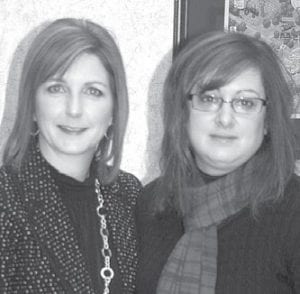 The Archbold Area Chamber of Commerce Board picked Anne Kindinger, a person with “a high-energy personality,” to become its new director.

Mark Hagans, chamber president, said he thinks she will be a good fit.

Hagans said Kindinger had been one of two finalists for the post about 18 months ago when the board hired Nanette Buehrer.

Buehrer left the chamber at the end of 2009 to work for Fairlawn Haven.

The other finalist chose not to seek the job a second time.

Kindinger is a 1985 Mansfi eld Christian High School graduate. She studied music and business at Anderson (Ind.) University, graduating in 1989.

Her original plan was to work in the music business, possibly in copyright law.

At AU, she met her husband, Todd. The couple moved to the Defiance area, where she worked in marketing for a bank.

She held that post for 4 1/2 years until her first child, Lauren, was born. Today, Lauren is 15 and a student at Archbold High School.

She also worked in marketing part-time for a local insurance firm, calling on clients.

The couple began attending Archbold Evangelical Church in late 1997. In 2001, they moved to Archbold.

They have been involved in church activities. She and Todd were co-directors of a group known as the New Life Singers. They’ve also worked with Vacation Bible School and the marriage enrichment program.

Kindinger described herself as a highly organized person who enjoys building relationships with all kinds of people, and values service to others.

“I have a passion to see Archbold continue to be a thriving, vibrant community, filled with businesses and citizens actively contributing their time and talents for the purpose of bettering the village,” she said.

Kindinger said she will learn the job from Marsha Dowdy, assistant director, and from past directors Buehrer and Mari Yoder.

“I don’t see this as a position to hold on my own. I definitely value the input of members of the community to make this an even better place,” she said. –David
Pugh