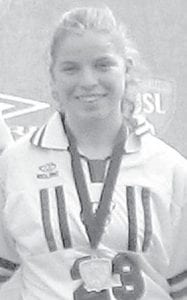 In the preliminary round, the team defeated opponents from Ottawa, New Jersey, and Florida.

In the final, the Internationals came from behind to beat Real Salt Lake Florida to reclaim the title they won as U15s in 2007.

Earlier this year, the team won its third US Youth Soccer Association State Cup Championship. In August, the Internationals represented the Midwest region in the other major national event, the USYSA National Championships in Boston, Mass.