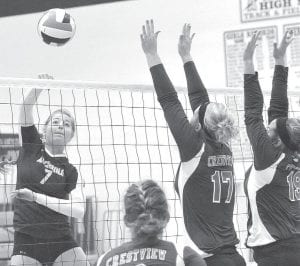 The Archbold volleyball team defeated Stryker but lost to Crestview in a trimatch at AHS, Saturday, Aug. 23.

Natalie Rupp and Cassidy Williams each had five of Archbold’s 16 kills.

Rupp had eight of the team’s 17 kills.

No other statistics were available.