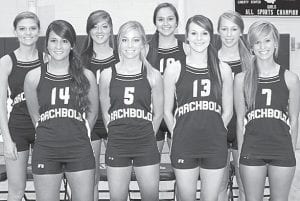 Rufenacht and Dale Grime were co-head coaches of the Streaks the past two seasons. Grime, who had been an assistant coach for 18 years before the 2010 season, will assist Rufenacht.

The AHS mentor said she has a solid core of girls returning, but the team “needs to make sure our serve receive and passing stay consistent and strong.”

“We look to be competitive within the league and nonleague matches,” said Rufenacht.

“We hope to continue to build with the solid group of returning letterwinners.”