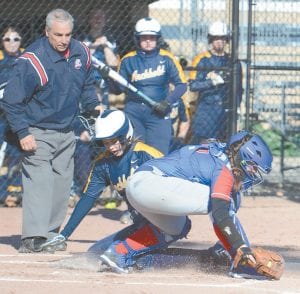 Archbold scored four runs in three on its way to a 13-1 five-inning victory over Liberty Benton, Monday, March 25, in their season opener at Memorial Park.

The Eagles opened the game with a run in the top of the first inning, but that was all they scored.

AHS scored four runs in the first, third, and fourth innings, and one in the second.

Chloe Schramm was the winning pitcher. In five innings she allowed one run on four hits, walked two, and struck out three.

The Streaks had 10 hits, led by Schramm with a home run and a double and four runs batted in.

Alexa Wilson and Faith Wyse each hit a double and a single.