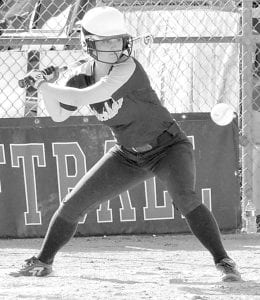 Blanton recorded the win. In four innings she allowed no runs on one hit, struck out five, and walked two.

The Streaks had 13 hits.

Madison Roth and Blanton each hit a home run. Roth also had a double, while Blanton also had two singles.

Kylie Sauder had a double; Chloe Schramm had a double and a single, and Gabby Nafziger had three base hits. Faith Wyse and Alyssa Mc- Coy each had a single.

AHS is scheduled to play Evergreen, who defeated Montpelier 6-1, Monday, May 6, in a sectional semifinal, for a sectional championship.

The Streaks defeated the Vikings 3-2 during the regular season on Monday, April 15.

The winner advances to district semifinal competition at Maumee, Monday, May 13, 5 pm.