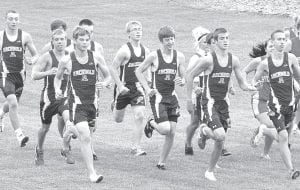 Archbold hosted a tri-meet with Hilltop and Montpelier, Tuesday, Sept. 25.

Neither the Cadets nor Locos had enough boys to compete as teams.

In the girls race, Hilltop won with 23 points. Archbold was second with 36. Montpelier did not have enough runners for a team.

Zeb Frank was second across the line for AHS; he finished fourth in 18:33. Matt Kinsman was fifth in 18:55, and Nathan Wachtmann was seventh in 19:45.

Tressa Parsley was the first AHS girl to finish. She placed third in 23:23.

Ellie Sonnenberg was right behind Parsley, finishing fourth in 23:32. Demetria 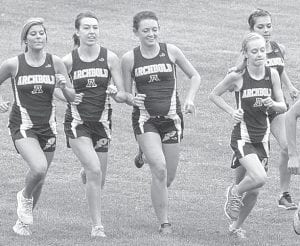