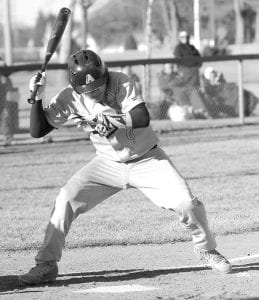 The Archbold baseball team won five non-league games last week to improve to 6-1 on the season.

Aiden Warncke got the win in the mound. In five innings he allowed no runs on two hits, struck out five, and walked three.

At the plate, Kade Kern led AHS with a home run and a double.

Ramos pitched a one-hitter, struck out 13 batters, and walked two as Archbold recorded a 10-0 shutout of Napoleon (1-2) in six innings, Tuesday, April 2, at Memorial Park.

Ethan Hagans got the win on the mound. In five innings he allowed no runs on two hits, struck out six, and walked one.

Travis Ziegler’s double in the bottom of the ninth inning drove in Rigo Ramos with the game-winning run as the Streaks defeated Elmwood 5-4 in the first game of a doubleheader, Saturday, April 6, at Memorial Park.

The Streaks had nine hits to five for the Royals.

Ziegler had a double, single, and two RBIs. Holden Galvan had a double and a single; Grosjean, double, one RBI; Chase Kohler, single, RBI; Williams, double.

In the second game, the Streaks exploded for 11 runs in the third inning and defeated Ottawa Hills 14-3.

Sims was the winning pitcher. In five innings he allowed three runs on eight hits, struck out four, and walked one.

Archbold had 12 hits. Ziegler had a triple with two RBIs, while Williams had a double, single, and one RBI. Grosjean, double, single; Hagans, double; Warncke, single, two RBIs; Ramos and Rice, single each, one RBI each.