AHS Baseball Improves To 3-0 In The NWOAL 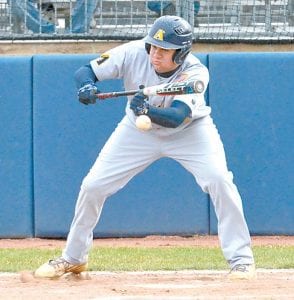 AHS sits atop the NWOAL with four teams tied for second at 2-1.

The Streaks scored three runs in the second, two in the third, and one in the fifth.

AHS had nine hits. Drake Mohring was 2-2 with a double and a run batted in. Holden Galvan and Travis Ziegler were each 2-3 with an RBI, and Kreighton Sims was 1-2 with an RBI.

Kade Kern and Cory Erbskorn each had a single.

The Bobcats kept their record unblemished at 10-0 as they scored four runs in the bottom of the seventh inning for a 9-8 walk-off win.

Archbold had just scored four runs in the top of the inning for an 8-5 lead.

TJ Rice was the hardluck loser. In 1/3 inning he allowed three runs on two hits, struck out none, and walked one.