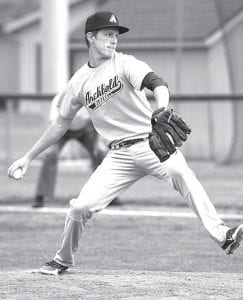 Matt Sevey winds up to throw against Pettisville, Sunday, July 7. He was the winning pitcher, allowing four runs on eight hits.– photo by Mary Huber

Archbold held off a persistent Delta team 3-1 in the opening round of the Acme North sectional tournament, Monday, July 1, at Archbold.

Chan Wyse picked up the win on the mound, pitching five shutout innings. He walked two and struck out four.

Evan Wyse picked up the save.

Archbold scored two runs in the bottom of the fourth inning when E. Wyse singled, stole second, and advanced to third on a wild pitch.

Tyson Schnitkey delivered a double to score Wyse. Schnitkey then stole third, and scored on Jeff Sparks’ groundout to third.

The Streaks added another run in the bottom of the fifth on a single by Matt Sevey and a double by Micah Bernath.

Napoleon broke a tie at 2 with four runs in the fourth inning on its way to a 7-2 victory over the Streaks, Friday, July 5, in the second round of the sectional tournament. 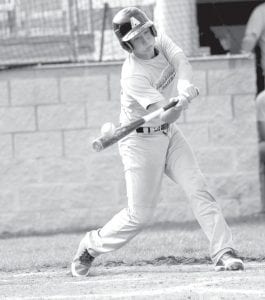 Archbold defeated Pettisville 7-4, Sunday, July 7, to advance to the semifinals of the loser’s bracket in the double-elimination Acme North sectional baseball tournament. The Streaks were then eliminated from the tournament by Delta on Monday, July

The Wildcats led 2-0 after one inning, but Archbold tied the score in the second.

Napoleon took a 6-2 lead after four, and scored once more in the seventh for the 7-2 final.

E. Wyse was the losing pitcher. In three innings he allowed two runs on six hits, struck out none and walked none.

Napoleon had 12 hits total, while Archbold had three.

The Streaks faced Pettisville (8-9), Sunday, July 7, in the second round of the loser’s bracket.

Archbold used four runs in the fourth, two in the fifth, and one in the sixth to advance with a 7-4 victory.

The Birds scored two runs in the fourth and two in the fifth for their total of four.

Sevey was the winning pitcher. In five innings he allowed four runs on eight hits, struck out two, and walked three. 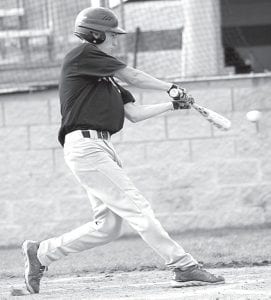 Tate Kauffman was the losing pitcher. In five innings he allowed six runs on 12 hits, struck out two, and walked one.

Archbold had 14 hits total while the Birds had 10.

Archbold dug itself a deep hole and was unable to climb out against Delta, Sunday, July 7, and Monday, July 8.

The Streaks were down 5-0 in the top of the sixth inning on Sunday when the game was suspended because of the weather.

Returning to finish the game on Monday, Archbold (14-6) scored single runs in the sixth and seventh, but it was not enough as the Panthers avenged their firstround loss to the Streaks to advance to the finals of the loser’s bracket.

Archbold was led by Jase Grosjean with a double. 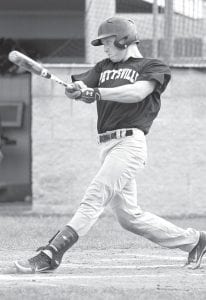