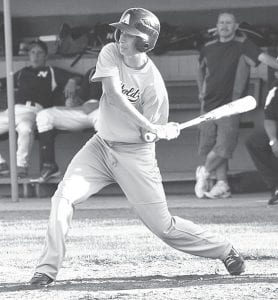 Tyson Dietrich, Zac Zimmerman, and Evan Wyse led the Blue Streak offense. All three had two hits and three runs batted in. Dietrich and Zimmerman had doubles, while Wyse smacked a baseclearing triple.

Wauseon flexed its muscles early, scoring eight runs in the top of the first inning.

Archbold (11-5) stormed back with eight runs of its own to even the score after one.

However this time the Streaks weren’t able to match Wauseon’s hitting display.

Archbold mustered three runs in the fourth and three in the bottom of the seventh.

Michael Walker suffered the loss on the mound.

Tuesday losers drop to the losers bracket and play each other Thursday, July 5, 7:30 p.m.

Other teams in the sectional include Fayette, Delta, Napoleon, and Wauseon.