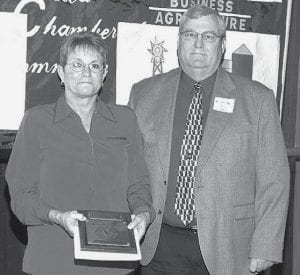 Seven service awards were presented by the Archbold Area Chamber of Commerce during the annual AACC banquet, Wednesday, Nov. 6.

Businesses and organizations in the Archbold area were recipients.

A special award, the Spirit of Archbold, went to the Ground Breakers, a group of Archbold preteens and teenagers.

They were honored for tearing down the small, old house of a fellow student and building a new home for him and his mother.

During the summer of 2007 the group tore down the original home in southeast Archbold. Some parents and community members helped with the project, completing the new home before school opened in September 2007.

The Ground Breakers, and some of their parents, attended the banquet.

AACC service awards recognize businesses who have served the Archbold area community for 10, 25, 50, 75, and 100 years. One business was recognized for 120 years of service 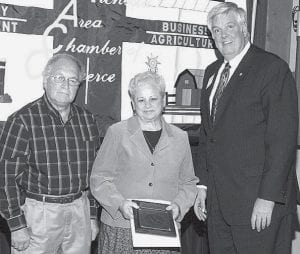 The Archbold Lions Club received a 50-year award. Rupp Furniture was recognized for its 100th anniversary; and Lauber Clothing was honored for 120 years.

The event was held at Founder’s Hall, Sauder. See a related article in this newspaper about the Citizen of the Year and Spirit of Archbold awards presented during the evening. 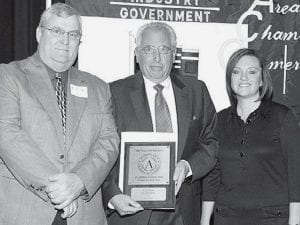 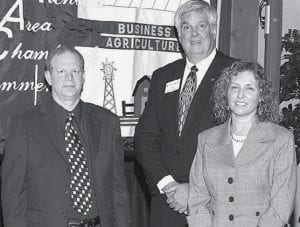 Siebenmorgen recognizes Joel and Sue Gerken, of the Archbold Dairy Queen, for 10 years. 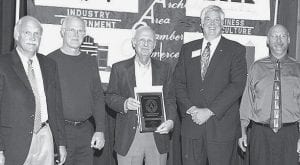