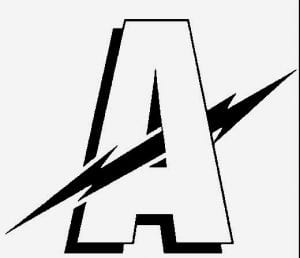 Class of 1969. Winner of 10 letters: football (3), basketball (2), baseball (3), track (2). Bruce Arthur lettered in four sports, but football was his true love. He was voted team most valuable player and named First Team All-NWOAL on both offense and defense in 1968. He was part of a district championship basketball team that went 22-2 in 1969. After his career at AHS, Bruce joined four other former Blue Streaks at the University of Toledo, where he played on three Mid-American Conference championship football teams and was named First Team All- MAC quarterback in 1972. After college, Bruce spent parts of 1974 and 1975 with the Detroit Lions.

Class of 1968. Winner of 7 letters: basketball (3), baseball (4). In 1968, Steve Rettig was a member of undefeated regular season teams in both basketball and baseball. His career basketball record as a three-year starter was 62-5. As a senior pitcher on the baseball team, Steve was 8- 0, tossing three shutouts that included a no-hitter in his final game against Bryan, which allowed the Blue Streaks to claim the NWOAL championship. Steve attended the University of Toledo on a basketball scholarship, but had a career-ending knee injury during his freshman year.

Class of 1992. Winner of 10 letters: cross country (4), volleyball (2), track (4). Rachel Sauder-Kinsman is possibly the finest long distance runner ever in northwest Ohio. She won four state championships in both the 1600- and 3200-meter events and became a seven-time NCAA All-American in cross country and track while at Auburn (Ga.) University. In the 2000 world cross country championships, she won a bronze medal while representing Team USA. Still running, she was an Olympic trials qualifier in 2000, 2004, and 2008.

Class of 1962. Winner of 10 letters: football (3), wrestling (4), track (3). Pete Seiler was Archbold’s first football player to be named First Team All-Ohio in 1961 while leading his team to a 7-1-1 record. He also had the distinction of being named the 1961 NWOAL MVP in football. He fin – ished fourth in the state in wrestling, an impressive accomplishment in that there was only one division in 1962. He enrolled at the University of Wisconsin-Stevens Point, where he captained the football team and had an outstanding wrestling career.

Contributor 1937-1967. Jacob Spengler taught history at Archbold from 1937 to 1947. After a year as principal, he served as superintendent from 1949 to 1967. He coached baseball and golf and was largely responsible for the beginning of the football and golf programs at Archbold. In recognition of his contributions to the football program, the Archbold football field was renamed Spengler Field in his honor. He was also a good athlete in his day, pitching the first no-hitter in AHS history in 1922 against Fayette. He was a graduate of Bowling Green State University, where he was a pitcher and voted team most valuable player.

Class of 1952. Winner of 11 letters: basketball (4), baseball (4), track (3). Lowell Spiess was a member of Archbold’s first undefeated regular sea – son basketball team in 1951 that finished the season 23-1. He was also the first 1,000-point scorer at AHS and is currently fourth on the all-time list with 1,168 points. He coached cross country and track at Port Huron and is a member of the Michigan High School Coaches Hall of Fame.

Coach 1957-1993. Although best known as a football coach, Mike Walker also coached track, wrestling, cross country, and basketball. He coached 53 different squads while at Archbold, including the freshman basketball team and a wrestling team in the same season. He was the first Archbold wrestling coach, starting in 1958, and also spent three years as athletic director.

Class of 1989. Winner of 8 letters: football (3), basketball (3), track (2). Joe Wyse had a three-year football record at Archbold of 35 wins and only 2 losses. In 1988, he was the Division 5 state lineman of the year while leading the Blue Streaks to a 14-0 season that included a state championship victory over Mogadore. As a three-year basketball starter, he scored 1,007 career points. He attended Bowling Green State University on a football scholarship, where he twice earned First Team All-MAC honors and won two bowl titles.

Class of 1953. Winner of 11 letters: football (1), basketball (3), baseball (4), track (3). Paul Yoder played on Archbold’s first football team as a senior in 1952. He also excelled on the basketball court and ended with a career basketball record of 68-6. He was the catcher on the baseball team and also found time for a successful track career. He went on to play football, basketball, and baseball at Defiance College and is a member of the DC Athletic Hall of Fame.