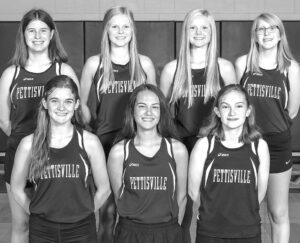 “We are a young team that is determined to run to the best of our abilities,” said Jaramillo.

“A strong work ethic is instilled in these young women that will allow them to have competitive races.

“We have a very solid core of runners that encourage one another. 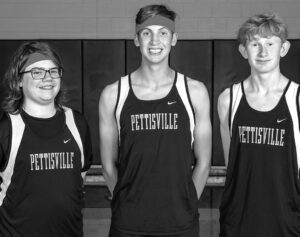 “The added youth to the team will prove to be beneficial to our overall team goals. I look forward to seeing how this team develops and performs as the season progresses.

As far as his BBC outlook goes, Jaramillo said, “This will prove to be a very fun, yet intriguing season. Our hope is to once again compete for one of the top spots within the league.

“We are a fun and cohesive team that won’t shy away from competition. I look forward to how our younger competitors will add dimension to the team.

“This group of ladies pushes each other during practices, which can only strengthen each individual.”

The boys team has four letterwinners returning from 2020, when the Birds finished fifth in the BBC.

“The competitive attitude among incoming freshmen will drive the upperclassmen to push themselves to the best of their ability,” said Jaramillo.

“Overall, we are a young and rather inexperienced team that will have to transition to the varsity level.

“I look forward to watching this young group mature and develop into a competitive team, as well as gaining much needed experience at bigger meets.

“We are excited to put together a hard-working group of individuals that will give their all at the league meet. We look to be competitive among the top half of the league.”

Jaramillo added, “There is a strong sense of competition within practices that will only drive the team to perform to the best of their ability.

“We hope to use this year as a stepping point to further ourselves within the sport. This is a team that enjoys having fun, yet isn’t afraid to compete.”

Pettisville is scheduled to open its season, Saturday, Aug. 28, at the Defiance Early Bird Invitational.